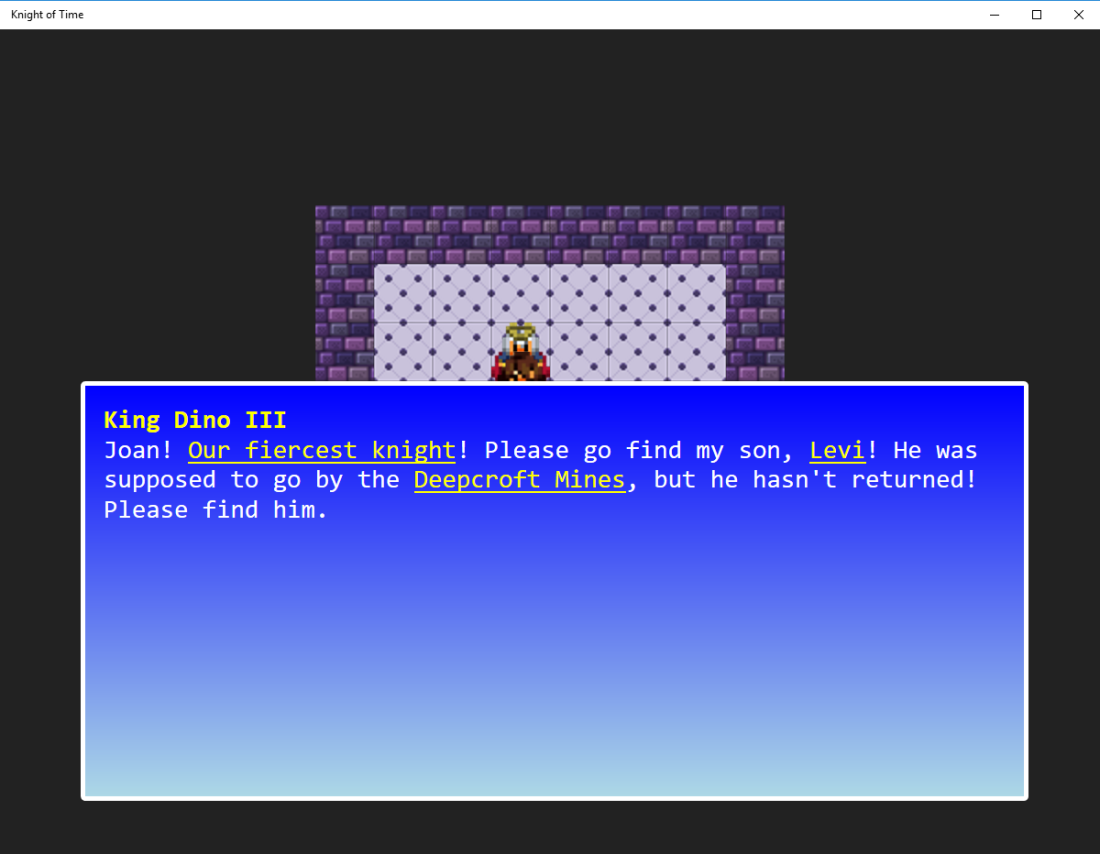 Final Fantasy II had an interesting mechanic where you can learn words from NPCs and parrot back to other NPCs.

While we’re not using that system, we are sort of using a similar system that was probably implemented in some games.  See the above bit of text that King Dino III tells you?  There are yellow words in his dialog.  Click those, and it gives you a bit more text about that particular subject.  In a way, you are interviewing NPCs.

Adding this feature sort of created an overhaul of sorts on how we display text.  Originally, in each event, the text existed as a hardcoded string.  Now this text is a key to corresponds to text in a conversations data file (not named right, as there exists text such as “Found a tonic!”.

This allows for deeper interaction with characters, and allows you to learn the setting in a deeper way.

View all posts by vgpackrat